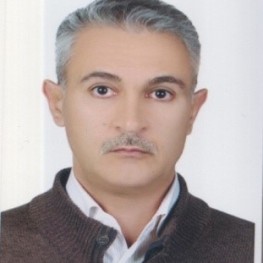 Abolfazl Zarnikhiis is currently teaching ESP at the Arak University of Technology in Iran.

Cambridge Scholars Publishing published a revised version of this thesis in April 2016. Meanwhile, his M.A. dissertation was published by Iran University Press in 2010. He co-translated Guidelines for TerminologyPolicies into Persian in 2007. Zarnikhi presented articles in the international conferences in Aarhusand Dublin in 2009 and 2010, respectively.

He has taught “word-formation processes and equivalences in translation” and “cognitive linguistics” to the M.A. and Ph.D. students, respectively, and also English for Specific Purposes (ESP) to the medicine students in Iranian universities.

He served as a reviewer for

Depicting the framework of Linguistics of Science and its application in the language of science planning and science education are his main research objectives. Zarnikhi introduced this new approach as a multidisciplinary research focusing on language as a meaning-making system. Since science has been phylogenetically and ontogenetically affected by language,linguistics of science is concerned with the linguistic bases of science to develop a cognitive linguistics theory of science by considering the achievements from other branches of cognitive science and other related disciplines such as psychology of science and educational neuroscience.

In his book (2016), mentioned above, Zarnikhistates “Linguistics and its related disciplines, including terminology and specialized discourse analysis, have dealt with the language of science to such an extent that works such as Writing Science and Talking Science have been published, all concerned with language skills.” (49) Then he argues“If learning a science means learning its language, it is necessary to consider knowing how to listen to this language. Thus, Listening Science can be a potential area.” (Notes, 10)