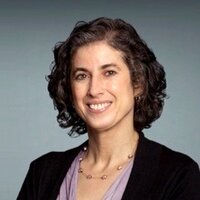 Danielle Ofri MD, PhD is one of the foremost voices in the medical world today, speaking passionately about the importance of listening, the doctor-patient relationship, and bringing humanity back to health care. She is an internist at Bellevue Hospital, the oldest public hospital in the United States and Editor-in-Chief of the Bellevue Literary Review, as well as a clinical professor of medicine at NYU School of Medicine.

Her newest book is “When We Do Harm: A Doctor Confronts Medical Error”.

Danielle Ofri is the author of five other books about life in medicine:

She was also editor of a medical textbook—The Bellevue Guide to Outpatient Medicine—which won a Best Medical Textbook award.

Danielle Ofri writes for the New Yorker, the New York Times, the Lancet, and the New England Journal of Medicine. Her articles have also appeared in Slate Magazine, the Los Angeles Times, the Washington Post, the Atlantic, CNN and on National Public Radio.

Her writings have been selected twice for Best American Essays and also for Best American Science Writing. She has received the McGovern Award from the American Medical Writers Association for “preeminent contributions to medical communication.”   She is also the recipient of the 2020 National Humanism in Medicine Medal from the Gold Foundation as well as the 2020 Global Listening Legend Award from the Global Listening Centre.

Danielle Ofri has given TED talks on Deconstructing Perfection and Fear: A Necessary Emotion, and has also performed stories for the Moth. She is featured in the documentary “Why Doctors Write.”

She strives for a serene, uncluttered life of Zen, but has teenagers instead.