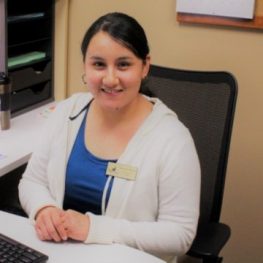 Gabriella Hurtado is a Quad Cities native Gabriella completed her Master’s Degree in Industrial Organizational Psychology from the Chicago School of Professional Psychology in March 2018 and graduated from Moline High School and attended Augustana College where she earned her Bachelor of Arts degree in Psychology in 2009.  After interning with the Rock Island-Milan School District, Rock Island Child Abuse Council and The Robert Young Center, Gabriella began a career in mental health and social work for 3 years.  In 2012, Gabriella changed trajectories and became an Educational Advisor at Black Hawk College before moving into the role as Recruitment Coordinator in 2013, where she now oversees Admissions and Recruitment initiatives for the Quad Cities campus and is responsible for working closely with school districts and community based organizations. Community involvement is very important to Gabriella, which is why she serves, and volunteers with several organizations including Secretary for VIVA Quad Cities and former Secretary for the Moline League of United Latin American Citizens, Quad City Minority Partnership, Q2030 Aim Higher and Glenview’s One by One program.  In a professional role, Gabriella also serves as a Board Member for Quad City Career Connections, which is a local organization focused on providing college and career readiness programming in the community as well as Project Now. Gabriella personally feel that effective listening is an essential factor in everything we do; from personal relations and friendships to more important matters such as work place behavior, politics and the global economy of how we come together. In this ever changing world, she strongly believe that if we all listened more as opposed to just wanting to be heard, we could make everlasting changes that would positively shape our society.