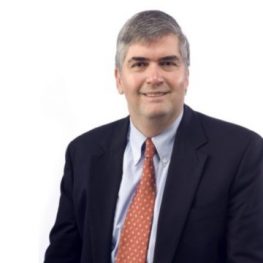 Chief Scientist : The University Of Texas

“Listening is human, is communion, is one with being” –George Perry

Prof George Perry  is one of the top scientist in world in the field of Alzheimer’s disease research area. George Perry is Chief Scientist of the Brain Health Consortium of the College of Sciences and professor ofBiology and Chemistry at The University of Texas at San Antonio. Perry is recognized in the field of Alzheimer’s disease research particularly for his work on oxidative stress. Perry received his bachelor’s of arts degree in zoology with high honors from University of California, Santa Barbara. After graduation, he headed to Scripps Institution of Oceanography and obtained his Ph.D. in marine biology under David Epel in 1979. He then received a postdoctoral fellowship in the Department of Cell Biology in the laboratories of Drs. Bill Brinkley and Joseph Bryan at Baylor College of Medicine where he laid the foundation for his observations of abnormalities in cell structures. In 1982, Perry joined the faculty of Case Western Reserve University, where he currently holds an adjunct appointment. He is distinguished as one of the top Alzheimer’s disease researchers with over 1000 publications, one of the top 100 most-cited scientists in neuroscience and behavior and one of the top 25 scientists in free radical research.

Perry’s research is primarily focused on how Alzheimer disease develops and the physiological consequences of the disease at a cellular level. He is currently working to determine the sequence of events leading to damage caused by and the source of increased oxygen radicals.Dr Perry feels  effective Listening is important to understand the concept  for successful research.