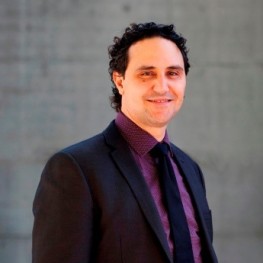 James is internationally recognised for his innovative teaching style and was the recipient of the Prime Minister’s University Teacher of the Year Award in 2012 and an Eminent Researcher Award from the Australia India Education Council in 2015.

His research areas include citizenship, data ethics trust and the future of universities. In 2017, James launched a co-edited book on Property, Place and Piracy and continues his high level of community engagement as a regular media commentator, researcher (having published having over 100 academic and non-academic publications) and work with artists. A founding member of the University’s Ally program, he is the Chair of Diversity Arts Australia, a board member of the Public Education Foundation, a research fellow with the Centre for Policy Development and an academic fellow of the Australian India Institute.

He has just been appointed as the Associate Vice Chair , Global Listening Centre.

With respect to the Global Listening Centre, James enthusiasm for involvement and promoting listening is at the centre of his engagement.
For James,

“Listening at its core, is the active and engaged act of mindfully hearing and attempting to understand the meaning of words spoken. Listening is the key ingredient for building strong leadership, healthy relationships – both personal and professional – and central to successful organisations.
It is about building empathy, knowledge and trust – real listening is a generous act that can change people’s lives.
We draw on our own personal experiences: think of the difference in your own journey when you have felt listen to – or how you felt like no one was listening. “

A collection of his work can be found at www.jamesarvanitakis.net and on twitter @jarvanitakis