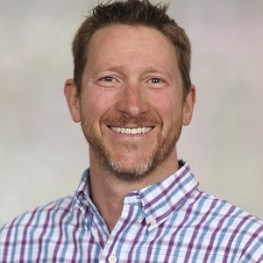 Prof Jeffrey H.D. Cornelius-White, PsyD, LPC is a internationally famous name in the field of Psychotherapy and Counseling. Dr Jeffrey is a professor of counseling at Missouri State University and doctoral faculty in educational leadership and policy analysis at the University of Missouri-Columbia. He is the author of approximately 100 works, many of which are focused on the importance of active engagement with others primarily through listening associated with the person-centered approach. The person-centered approach emphasizes facilitative relationships cultivated through empathy, warmth, and genuineness. Such works include Learner-Centered Instruction (Sage, 2010) for educators and Person-Centered Approaches for Counselors (Sage, 2016) for mental health workers. His works also include applications and research from around the world, linking the person-centered approach with law, medicine, religion, game theory, and other disciplines, represented by such works as the Interdisciplinary Handbook of the Person-Centered Approach: Research and Theory (Springer, 2013) and Interdisciplinary Applications of the Person-Centered Approach (Springer, 2013). Jef is the former editor of the Person-Centered Journal (ADPCA), and current managing editor of Person-Centered and Experiential Psychotherapies (Taylor & Francis).  He is a former chair of the board of the World Association for Person-Centered and Experiential Psychotherapy and Counseling, a role in which he was frequently humbled by the challenges of his own failings to facilitate and accomplish tasks with people from dozens of countries to research and advocate relational and process oriented approaches to counseling.  His doctoral students’ research focus on leadership in learning contexts for children  from 5 years old through adults in continuing education in universities, leading to a broad array of projects. Jef’s work has also focused on multicultural and social justice considerations in psychology, psychotherapy, and education, including several recent articles on various persons’ changing attitudes towards transgender people. All facilitative relationships begin and end with listening. Jeffrey seems to frequently rediscover that humble listening, attuned to the musicality and poignancy of each individual’s voice is central to facilitative relationships as he, his students and those he observes in the larger world repetitively intrude their own perspective into that of others, especially when under perceived stress.