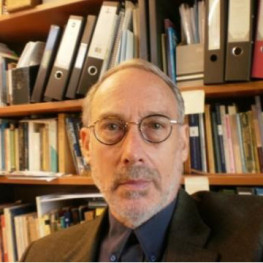 John A. Schuster Ph.D. is a scholar well known in Australia and internationally in the history of science and intellectual history. Dr John strongly feels that in today’s fast changing world LISTENING TO HISTORY has now become very important to understand the society better, conditions of human being and inspiring us for betterment.

Dr John studied mathematics, physics, European history and history of science as an undergraduate at Columbia, then early modern history and history of science at Princeton for his post graduate degrees. He taught at Princeton University, and the Universities of Leeds, Cambridge and New South Wales, before retiring to full time research in 2011, in affiliation with the Unit for History & Philosophy of Science, Sydney University. In 2015 he was elected a Fellow of the Australian Academy of the Humanities. He was President of the Australasian Association for the History, Philosophy and Social Studies of Science on seven occasions and was a member of the National Committee on History & Philosophy of Science of the Australian Academy of Science for six years. He was the only Australian based member of the six person Editorial Board of the Encyclopedia of the Scientific Revolution (2000). He has well defined international reputations for his extensive, ground breaking publications on the scientific career of Descartes; the process and historiography of the Scientific Revolution of the Seventeenth Century; and the rhetorical and political functions of scientific method. He was one of the first to link the work of Thomas Kuhn to issues in the sociology of scientific knowledge. He has extensive experience in curriculum design in the history, philosophy and sociology of science and has written two open access textbooks to that end, one of which has recently been translated and published in China. He is noted for his popular lecturing style and his fruitful supervision of advanced research students.