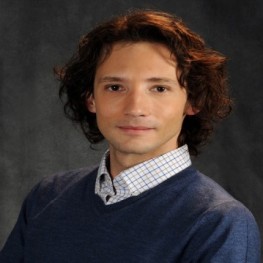 Jonathan Foland PhD (Pursuing) is a famous name in University of North Carolina because his passion for students development. Foland believes  student are the future of the country and world.  Jonathan earned his Master of Arts in Communication Studies in 2009 from The University of North Carolina at Chapel Hill. He is presently developing his dissertation project for the Doctorate of Philosophy in Communication. Foland’s research training is in rhetorical theory and criticism, textual analysis and interpretation, historiography, and feminist theory. His scholarly and political commitments are in the study of contemporary public culture, political discourse, democratic citizenship, and the inclusion/exclusion of marginalized voices and identities. His current research project is focused on the public and political influences of First Ladies of the United States over the last 40 years. Foland has presented his research at national and regional conferences, including the National Communication Association, Rhetoric Society of America, Southeastern Women’s Studies Association, and Southern States Communication Association.

Jonathan Foland is also invested in student intellectual and professional development. Many of his undergraduates have presented original research at regional and local conferences, and several have pursued graduate training. At the graduate level, Foland is invested in career development for graduate students, such as developing graduates’ networking, interviewing, and self-branding skills. He serves as Graduate Career Services Assistant for the University’s Career Services office, and has served with the Graduate School’s Graduate Advisory Council for professional development. In 2016, Foland was awarded the University’s Tanner Award for Excellence in Undergraduate Teaching by a Graduate Student, in recognition of his commitment to mentorship and undergraduate instruction.

Jonathan Foland believes that Listening is a most important skill for student  if they want a brighter  career and peace in life.