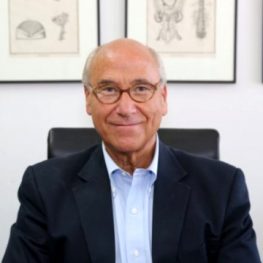 Mr. Kenneth P. Youngstein is the CEO, BIOCOM Ltd HQ Zurich, Switzerland is an agency specialized in the design and production of educational programs and marketing communications for the healthcare field. Founded in New York City in 1978, BIOCOM has been headquartered in Zurich since January 1992 and incorporated in Switzerland in 1999. Kenneth has been doing work since 40 years in the field of listening.

Orbis International. (2012 – Current) Development of a wide range of educational programs for professionals and patients for the diagnosis and treatment of eye diseases in children and adults, throughout Africa, Asia and Latin America.

Room To Read (2015 – Current) Development of childrens’ books with health themes – in local languages with local illustrators. The Singing Tree, developed in cooperation with Orbis, has been adapted for 8 countries, in 20 languages.

Beyond Capital Fund (2015- Current) Advisor to the Board on health related Social Investment projects. Treasurer of the Swiss division.

Developed and produced local and national programs for professional, public, and patient education relating to organ donation and transplantation.  Coordinated the procurement and distribution of organs for transplantation.  Worked as part of the team that developed the United Network for Organ Sharing (UNOS), the national organ sharing system for the US.

Related positions, during this period, include:

Founded and administered this innovative facility, advancing the humane use of chimpanzees in biomedical research. Animals were captured by the laboratory staff, maintained at the center for a limited time, utilized only for non-lethal/non-toxic/non-infectious disease research, and returned to protected forest preserves. Development of diagnostic tests and vaccines for hepatitis B.