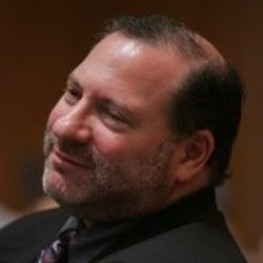 He is the author of several scholarly works, including Echoes and Reflections:  On Media Ecology as a Field of Study (2006); On the Binding Biases of Time and Other Essays on General Semantics and Media Ecology (2011); Amazing Ourselves to Death:  Neil Postman’s Brave New World Revisited (2014); 麦克卢汉与媒介生态学 (an original collection of essays published in Mandarin translation under the title, McLuhan and Media Ecology, 2016); Media Ecology: An Approach to Understanding the Human Condition (2017); and Introdução à Ecologia das Midías (co-authored by Adriana Braga and Paul Levinson, 2019) He is also a published poet, and author of two poetry collection, Thunder at Darwin Station (2015), and Diatribal Writes of Passage: in a World of Wintertextuality (2020).

Lance Strate has co-edited a number of anthologies, including two editions of Communication and Cyberspace:  Social Interaction in an Electronic Environment (1996, 2003); Critical Studies in Media Commercialism (2000); The Legacy of McLuhan (2005); Korzybski and… (2012); The Medium is the Muse: Channeling Marshall McLuhan (2015); La Comprensión de los Medios en la Era Digital: Un Nuevo Análisis de la Obra de Marshall McLuhan (2016); and Taking Up McLuhan’s Cause: Perspectives on Media and Formal Causality (2017). He has also served as editor of several journals, including Explorations in Media Ecology, a journal that he founded.

He is the recipient of the Media Ecology Association’s 2013 Walter J. Ong Award for Career Achievement in Scholarship, and their 2018 Marshall McLuhan Award for Outstanding Book, for Media Ecology: An Approach to Understanding the Human Condition. In 1998, he received the New York State Communication Association’s John F. Wilson Fellow Award in recognition for exceptional scholarship, leadership, and dedication to the field of communication; and in 2019 he received NYSCA’s Neil Postman Mentor Award. In 2019 he also received the Eastern Communication Association’s Distinguished Research Fellow Award. Translations of his writing have appeared in French, Spanish, Italian, Portuguese, Hungarian, Hebrew, Mandarin, and Quenya.

His interest in the study and practice and listening intersects with his interests in language and meaning-making; the reception and interpretation of messages; general semantics as a discipline dedicated to improving our ability to listen and evaluate information and messages; autism as characterized by a non-neurotypical form of listening; acoustic space and the sense of hearing as distinct from vision; orality and secondary or mediated orality; etc.