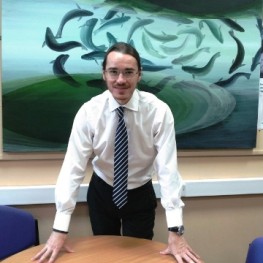 Massimo Ragnedda (Ph.D.) is a Senior Lecturer in Mass Communications at the University of Northumbria, Newcastle upon Tyne.

Dr Ragnedda  has  a strong interest in developments in new media and theories of media, communication and culture.

In particular, his  research is divided in two main areas: First, interested in the so-called digital divide and the stratification in the access and use of the internet. More specifically,  he is  interested in the new digital exclusion in a society of information, where having or not having information may create new forms of digital inequalities with clear consequences to a democracy.

Massimo Ragnedda is  also interested in the mass media as a tool of social control in a democracy and the role of surveillance in a digital era, looking for the connection with new technologies of Communication and in particular internet and web 2.0.

In his  teaching, Dr Massimo Ragnedda endeavour to promote intellectual engagement by encouraging my students to read and think critically while exploring all issues from wider perspectives.

He has  also written widely on all media and new media topics, in Italian, in English, Spanish and Portuguese. He is authors of several books, such as