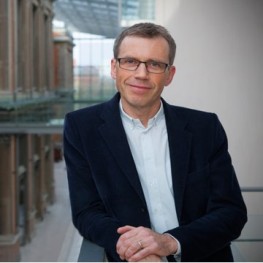 “Art is basically a Listening Activity, even more so than an expressive one. Listening with your ears and eyes, i.e. being receptive to what comes to you, to what other people and the world in general have to give, is fundamental to every creative act. No art works and no cultural manifestations of any value have ever come out the blue; listening to other sources than yourself is where the new begins.” Mikkel Bogh .

Mikkel Bogh PhD. has been the director of Copenhagen’s Statens Museum for Kunst (SMK), Denmark ‘s National Gallery , since 2014. An art critic , curator , and art historian.

Dr Bogh previously served as Rector of the Royal Danish Academy of Fine Arts School of Visual Arts . Untill 2005, he held teaching and research post Aarhus University and Associate Professor at University of Copenhagen’s Dept of Art and Culture. As a museum director Dr Bogh is interested in re- shaping museum practice

by integrating 21st century notions of inclusiveness, participation, and cultural citizenship. Educated at Copenhagen University , he has published widely in newspapers and scholarly publications on topics relating to western art and culture from the 17 th Century to the present .

Recently he has curated the exhibition ‘Closer –Intimacies in Art 1730-1930 ‘ that opened February 2016at SMK.