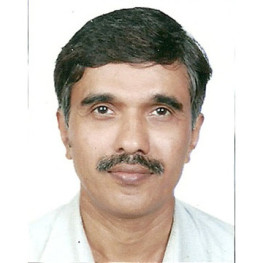 Satish Shanbhag has been working since 33 years Marketing Information Services & IT, Admin Department in different industries, out of which he has been continuing with  Multinational Company Wockhardt Ltd for more than 27 years  as a senior manager based as at Global Head Quarters at Mumbai. Mr. Shanbag is graduate in commerce and has attended various training & management development programs.

Mr. Satish Shanbhag have developed many modules in marketing services department, one latest electronic Sales information system developed in app which was implemented across all divisions of the organization.

Mr. Shanbhag is in charge of 16 divisions of the company in MIS & Field Services department.

Satish Shanbhag , apart from getting time to time many recognition & awards has received, 2014 Best Employee Award of Wockhardt. In the year 1995 he received Chairman’s Award & 1990 Significant Performer Award.

Mr. Satish is a widely respected figure among the organizational field force because the best service provided by his department. The satisfaction of employees & customers comes from effective Listening ability as Satish believes. Listening carefully only to the field staff makes his work easy & productive and also in developing successful MIS modules for them.

As per Mr. Shanbhag Listening is prime important in his job as per his experience of 33 years.