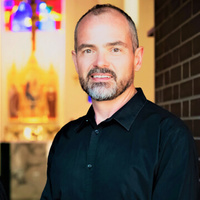 Dr Jason J. McFarland is a Lecturer in Liturgical Studies and Sacramental Theology (Faculty of Theology and Philosophy, Australian Catholic University) as well as the Assistant Director of the ACU Centre for Liturgy (Office of the Vice President). He has been at ACU since 2016.

Jason’s qualifications include Bachelor of Music (honors) and Master of Music degrees from the University of South Dakota College of Fine Arts, as well as Master of Arts (Liturgical Studies) and Doctor of Philosophy (Liturgical Studies) degrees from The Catholic University of America in Washington, DC. He worked full-time at the International Commission on English in the Liturgy (also in Washington) from 2005-2012. This is the organization that translates Roman Catholic liturgical books into English. In terms of university teaching, Jason taught casually at Catholic University for several years, then moved to China for three years to teach at a university as a volunteer with the U.S. Peace Corps. Most recently, he was a full-time faculty member at St. Norbert College in Green Bay, Wisconsin. In 2021, Jason was appointed a Senior Fellow of the Higher Education Academy.
Jason’s research focuses on the intersection of theology, liturgical studies, and music. He is also interested in ritual studies, which is a discipline that analyzes human rituals of all kinds, and in the manifestations of Christianity and other religions in China. Jason is a member of the North American Academy of Liturgy, Societas Liturga, the Australian Catholic Theological Association, the Catholic Theological Association of America, the American Academy of Religion, the National Association of Pastoral Musicians, the Australian Pastoral Music Network, and is an officer of the Australian Academy of Liturgy and on the Editorial Panel of its journal the Australian Journal of Liturgy. Jason is the Editor of the peer-reviewed journal Proceedings of the North American Academy of Liturgy and a founding member of the Asian-Pacific Academy of Liturgy. He is a member of the National Liturgical Council (Australian Conference of Catholic Bishops).

In terms of academic writing, Jason has published a book (Announcing the Feast: The Entrance Song in the Mass of the Roman Rite Collegeville: Liturgical Press, 2011), several articles and reviews (in Pastoral Music, Catholic Books Review, Proceedings of the North American Academy of Liturgy, Melbourne Catholic) and has contributed commentaries to Sourcebook for Sundays and Seasons (Chicago: LTP, 2017) and The Liturgy Documents (Chicago: LTP, 2012, 2014). Recent work includes “Music in Liturgical Studies” as part of a festschrift for Dr Leo Nestor (Chicago: GIA Publications, forthcoming) and “The Processes of Liturgical Change: A Roman Catholic Response” in When We Pray: The Future of Common Prayer (Melbourne: Coventry Press, 2019). He is currently at work on the edited collection Doing Liturgical Theology: Method in Context with co-editor/contributor Professor Stephen Burns of Pilgrim Theological College, Melbourne (Leuven: Peeters, forthcoming), an article “Eucharistic Communities” for The Oxford Handbook of Music and Christian Theology (Oxford University Press, forthcoming), and “Acclamations, Hymns and Song” for Order of Christian Initiation of Adults, Theological Commentary (Chicago: LTP, 2022).