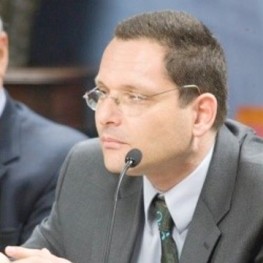 Raphael Cohen-Almagor   received his DPhil in political theory from Oxford University (1991). He is Professor and Chair in Politics, and the Founding Director of The Middle East Study Group, http://www2.hull.ac.uk/fass/me-study-group.aspx, University of Hull. He has founded and served in various other organizations, including “The Second Generation to the Holocaust and Heroism Remembrance” Organization in Israel (1982-1987); The Van Leer Think-tank on Medical Ethics (1995-1998); The Center for Democratic Studies, University of Haifa (2003-2007) and The Israel Press Council (1997-2000). Raphael was also Fulbright-Yitzhak Rabin Visiting Professor at UCLA School of Law, Visiting Professor at Johns Hopkins University, and Fellow at the Woodrow Wilson International Center for Scholars. He published extensively in the fields of political science, philosophy, law and ethics and also two books of poetry. Among his more recent books are The Right to Die with Dignity (2001), Euthanasia in The Netherlands (2004), Speech, Media and Ethics (2001, 2005), The Scope of Tolerance (2006, 2007), and Confronting the Internet’s Dark Side (2015). Professor Cohen-Almagor is now writing two books, one on the failed peace process between Israel and the PLO, and another tentatively titled Reasonable Multiculturalism. Twitter: @almagor35; Web: http://www.hull.ac.uk/rca. Blog: http://almagor.blogspot.com

Dr Raphael is a very passionate listener and committed to promote listening for peace & prosperity of the global society.