An Ode To Listening 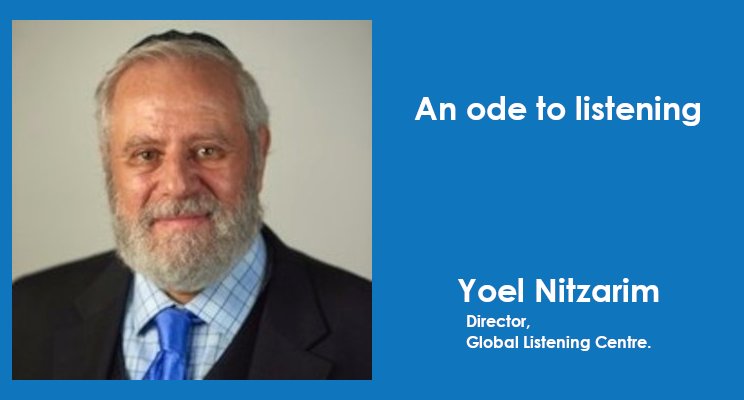 An Ode To Listening

It is the spaces between the keys on the piano, the intervals between drops of rain in a storm, the branches of a tree swaying in a breeze, the vertices of a snowflake cascading its way down through the crispy icy air, the sun’s rays hitting the pedestrian as he wends his way home, the time passing between unhurried breaths and the time hastily spent worrying about how a breath may be delivered in a song or a speech or even in a kiss, the love between two people or maybe an entire nation, the color of a favorite food or the sky or the earth, the longing of a distant cry or the sniffling cry nearby, the warmth of a parent toward child, the length and breadth and depth of a lifetime or the span in nanoseconds of a moment, the need to be heard alongside the one who’s being summoned to hear, the invocation of praise, the excommunication of a heretic, the willingness to proceed with a desired action, the denial of a given action, the imprints as they are squished in ecstatic merriment made in puddles left by a persevering rain, the cautious croaking of a bullfrog or the majestic squawking of a goose or a swan or a crane or a heron in flight–such an exhausting array of listening–too much for one listener to internalize at one time, never enough to realize the scope of the living.

As a son, I often heard approbation and sometimes was addressed longingly as if I bore the responsibility for a succeeding generation. As a father, I heard my two daughters’ first cries.As a husband, I listened for quiet moments with my wife. As a teacher, I heard my students’ initial wonderment at novel ideas. As a member of the congregation, listened to the cantor chant ancient prayers in glorious cantillations and majestic pride. As a child of God, I cannot refrain from listening to His silent voice providing His creations with sustenance as they furnish their living provisions with meaning. As one who listens, listens, listens–forever listening–I cannot believe how much the unquavering voice of the still silence influences the soul steps of every creation and the spirit trots of the heavenly bodies as these galloping constellations continue to mend and disrepair an unrelentingly growing universe.

Never too late to listen. Never too much to be heard. Never the nonexistence of a listener. Never the voices quietened. Never a baby’s cries unheeded by at least one angel at his side. Never an endeavour loses admirers, participants, adherents, if not wistful sentiments of longing engagement.

Always open to the cries for meaning amongst the vagaries of cognitive dissonance I witnessed in the questions of my daughters as well as my students in their quest to oppugn authority, upend the status quo, and limit the powers to be to make room for their own forays into the realm of the future. I have survived these sixty-eight years to help tell the story of the art of listening as it necessitates attention to the details together with awareness of the broad strokes everyday life brings to my ken. Today’s momentous solar eclipse reminds me that just as a grain of sand is like a scintilla of dust in size and shape and meaning in the whole picture that is unfolding in quiet shades as the eclipse is barrelling across the earth, each one of our lives breathes and sighs, snorts and cries out to a limitless Being and Presence…if only we listen.