Are We Hearing Yet? The Role of “Listening Aids” in Marketing Communication 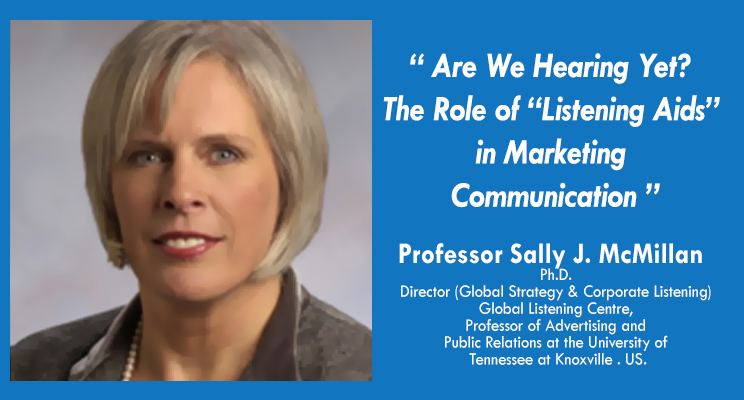 Are We Hearing Yet? The Role of “Listening Aids” in Marketing Communication

For decades, marketing communication research and practice has focused on the importance of two-way communication (Grunig & Grunig, 1989; Grunig & Hunt, 1984), interactivity (McMillan, 2002a, 2002b; McMillan & Hwang, 2002), and social listening (Reinikainen, Kari, & Luoma-aho, 2020; Stewart & Arnold, 2018). These and other related concepts all begin from the premise that organizations need to listen to their key stakeholders.  But much of this “listening” work is done through tools and technologies that facilitate stilted conversations. In the 1970s and 1980s, scientifically validated survey research was seen as a tool for building two-way communication (Grunig & Hunt, 1984).  In the 1990s and early 2000s, digital communication tools gave organizations new ways to think about interacting with key stakeholders (McMillan, 2007). The mobile devices that are now a ubiquitous part of daily life have made it possible for marketers to “listen in” on consumer’s social media interactions anytime and anywhere (Shankar & Balasubramanian, 2009). But are marketers really hearing?  Or all of these “listening aids” leading to a new kind of deafness?

Social science research can give insight into stakeholders. It is a top-down process that can help to define target markets, but it has flaws. Steve Jobs, famously snubbed market research. His quote, as reported by Business Insider (Smith, 2019), was:

Both the automobile and the iPhone emerged from a form of listening. Ford and Jobs matched unrecognized aspiration with technical possibility. They worked to understand what people really wanted.  They listened. They heard. Does this mean all survey research is flawed? No. Survey research that is conducted with scientific rigor can provide important insights for marketers (Hulland, Baumgartner, & Smith, 2018). But surveys are not a substitute for other forms of listening.

The interconnected webs of digital technologies that became widely available to the public in the 1990s offered new tools for listening. The concepts of “interactivity” (Rafaeli & Sudweeks, 1997) and “multimedia” (Zaman, 1997) were identified as factors that could lead to the “death of advertising” (Rust & Oliver, 1994). Tools such as e-mail allowed customers to communicate directly with companies. Blogs enabled anyone with an opinion to be a publisher. With a little bit of know-how, just about anyone could set up an e-commerce site.  Pundits predicted that:

The reason for advertising’s impending demise is the advent of new technologies that have resulted in the fragmentation of media and markets, and the empowerment of consumers. In the place of traditional mass media advertising, a new communications environment is developing around an evolving network of new media, which is high capacity, interactive and multimedia. The result is a new era of producer-consumer interaction. (Rust & Oliver, 1994)

Did all that producer-consumer interaction lead to the demise of advertising?  Not at all. As digital technologies matured, marketing communication adapted to new ways of gathering consumer information and then using it to deliver target advertising messages. But did producers really listen to consumers?

With the dawn of the new millennium, the term Web 2.0 came into the lexicon (Bulik, 2006).  The term was initially used to define companies that actively sought consumer-generated comments and content. Fernando (2007) was one of the first to tie the term to social media in the context of marketing communication:

Social media refers to an intersection of software, marketing, media, information and entertainment, which allows consumers to generate and control content…. Social networking sites such as Facebook, YouTube, and Myspace have become the highest trafficked sites on the internet, and marketers are viewing them as the next big space for marketing online.

During the COVID-19 pandemic, use of digital and social media skyrocketed. We shopped online. We worked via Zoom. We held virtual family reunions. As the world begins to emerge from “social isolation” now is a good time to reexamine the concept of listening in the context of marketing communication. Good listening does involve two-way communication, interactivity, and social listening.  But, in the past too many marketers have focused primarily on persuading consumers rather than actively listening to them.  That top-down process has often led to more efficient marketing for producers, but has rarely improved the lives of consumers.

The technologies that facilitate social listening have potential to reduce our social isolation and facilitate breakthrough innovations.  Advertising and marketing communication are not dead, but perhaps they can be revitalized.  Marketers can still use surveys and digital and social media as high-tech “hearing aids.” But they also need to “listen” with all their human senses.  It is when marketers truly see, smell, touch, taste, and HEAR the real experiences of real people that they can build a more equitable relationship between producers and consumers.

McMillan, S. J., & Hwang, J. S. (2002). Measures of Perceived Interactivity: An Exploration of the Role of Direction of Communication, User Control, and Time in Shaping Perceptions of Interactivity. Journal of Advertising, 31(3), 29-42.

Smith, D. (2019). What Everyone Gets Wrong about This Famous Steve Jobs Auote, According to Lyft’s Design Boss. https://www.businessinsider.com/steve-jobs-quote-misunderstood-katie-dill-2019-4.