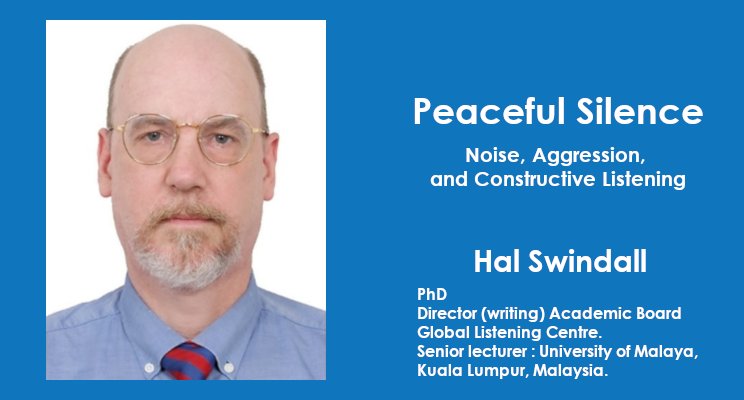 Throughout history, people have associated peace with construction and war with destruction.  Related to this dichotomy is the issue of noise: “peace and quiet” is a common English collocation, while everyone knows that battles are clangorous.  In fact, the disruption of peace and quiet can provoke battle, as shown in police records of what are called “noise disputes.”  Just googling the phrase “noise provoked violence” yields thousands of links to tales of people flying into murderous rages when irritated by sound caused by thoughtless neighbors.  The piece that inspired this essay, however, comes from the November 2019 issue of Atlantic Monthly, and is entitled “Why Everything Is Getting Louder”.  Centered around the story of a man in Arizona who went on a quest to end the noise pollution in his neighborhood that he traced to a nearby data center, its main theme is that noise pollution is getting both worse and more subtle with digitalization, and that we suffer from it both psychologically and physically.  The medical evidence shows that quiet is better for all aspects of health, and, by extension, greater output.

As I compose this essay, I am seated in a quiet office on a quiet university campus with a quiet library.  Like most other people, I need it to be quiet in order to work; just a couple of hundred meters away is a wide boulevard with heavy traffic that I could never work near.  However, I walk along the noisy street on my way to and from work each day, and get my fill of noise by doing so.  When I arrive home to my (mostly) quiet apartment complex, it is quiet once again, and I can prepare dinner while listening to music.  The dissonance between my quiet campus and apartment and the clamor of the cars in between jars me twice a day, and has led me to muse about the interrelations of noise, violence of any kind, and productivity, including in listening.  For one thing, it is necessary for listeners to be silent in order to hear someone else, and silence is also necessary to hear oneself think.  For another, violence, and with it non-productivity, is by definition opposed to listening, and to quiet.

Among all the evidence of these things available from a simple Google search is an academic paper from February 2019 claiming that a one-decibel rise in noise in an area increases the local assault rate by 2.6%, and that a one-decibel reduction in noise in America and Europe would prevent 18,000 assaults per year (read here).  This basic example has numerous implications not only for the planning of work and living environments, but also for the direction that technological innovation takes.  The Atlantic Monthly article claims that the tech industry produces devices which emit noises that are less obvious than, say, jackhammers, but which nonetheless disturb people and promote discord.  Police reports of people shooting their neighbors for noisy partying are obvious and easily understood, but less apparent are the more low-key distractions of high-tech machinery that prevent sound sleep, among other things.  Yet high-tech devices also present distractions and frustrations that can disrupt constructive activities like listening, especially with their beeping, as one scientific article discusses.  Indeed, the Washington Post ran an article five years ago on a new condition called “misophonia,” which as its name means is a dislike of sounds, or at least of “trigger sounds” that acutely annoy the sufferer (see the WebMD entry).

In his recent book Volume Control: Hearing in a Deafening World, author David Owen points out that our ears evolved in a much quieter epoch.  Now, all around us are digital devices that produce various kinds and levels of noise, and those are on top of vehicular and pedestrian traffic, airplanes, trains, talking or shouting, etc.  Each individual is absorbed in their own private world of digital noise, whether musical, conversational, mechanical, or otherwise.  The really bad thing about this state of affairs is that most people take it for granted without thinking about it, like inconsiderately loud parties who do not care that they are disturbing their neighbors, who may proceed to shoot them out of ire.  Yet perhaps worse is the less spectacular but arguably more insidious tolerance of low-decibel, high-tech noise that we take for granted even as it damages our health, and which creates a culture, or an anti-culture, that is inimical to constructive listening.

Noise, after all, not only provokes disputes, it also prevents their resolution.  So when I write “constructive listening,” I return to the theme of peace, which is founded on the mutual understanding and cooperation that can only occur if people listen to each other.  This is a topic which has been much written about on GLC’s website, as well as topics like hearing the sounds of nature and the ecosystem, other cultures, and even the universe.  What I want to address here is hearing the sounds we do not normally hear due to being surrounded by them, and to then try to tune them out.  Scientists have already pinpointed “auditory selective attention” as the unconscious ability we all have to filter out some sounds, making them background noise, while concentrating on others (link here).  They are working on ways that people can consciously control their auditory selective attention, with scientists at Massachusetts Institute of Technology reporting that a particular circuit in the prefrontal cortex selectively filters sounds and other unwanted sensory input (link here).  As far as I can tell online, though, there is only one book out there that specifically addresses listening to what we normally filter out to heighten awareness: Top Secret!, by Dr. El March, which argues that not focusing on background noises actually dims our awareness of what is around us.  Yet not even here is there counsel about listening as a constructive activity, and an activity that makes constructiveness possible.

Therefore, what is needed in today’s beep-dominated noise environment is a heightened consciousness of the noise that is out there affecting us whether we are aware of it, or partially aware of it, or unaware of it.  This is needed so that we can mindfully combat tech device-driven sounds, partly to save our physical health, but mainly to engage in some kind of constructive mutual listening activities with other people, or with our physical surroundings.  Such a paradigm would be both a cause and a symptom of general peace, which would in turn be both a cause and a symptom of any kind of creativity and cooperation.  If readers think I am only dreaming, then they can consider the many quite real historical periods of peace and prosperity, a collocation that is as common as peace and quiet, and complements it very well.  To illustrate, there has been the relative level of world peace since 1945, which, when and where it prevails, is always due to some kind of constructive listening; also, when two sides do not listen to each other, then peace goes away, and quiet, prosperity, and construction along with it.  This applies to every individual, as well as to every tribe, party, and nation, so let us hope for greater tech noise awareness in the coming year!